skip to main | skip to sidebar

Please pick up the latest issue of Notion magazine to read an interview I did with one of my favourite bands pretty much ever, The Garden.

I will post the full feature online soon, but why not own a physical copy? What a novel idea! 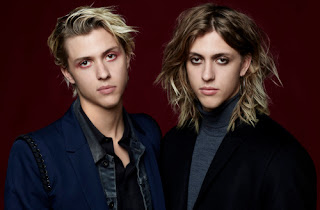 Please note there are four different covers for this magazine - this is the best one. Chris Brown? Pia Mia? The Vamps? Hmm. 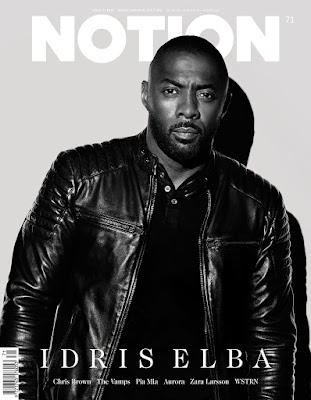 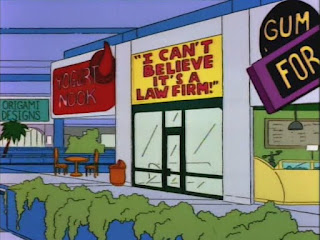 I know, I know. You've been wondering how I am getting on with taking a conversion degree in law so far and how it's all going.

Well, you'll be thrilled to know that I'm alive. An achievement in itself at this stage.

In a desperate bid to prove by *law buzzword* commercial awareness, I started a blog dedicated to legal music news called Blurred Lines Law, should you want to keep up to date with the contentious world of music copyright.

Also, I wrote the following *terrible journalism buzzword* listicle for BPP a little while ago but I don't think they're going to publish it as it tells a few truths about the GDL experience... So I present it to you here instead

How far are we into term now? Four weeks? Five weeks? Does it even matter? What does time even mean anymore when you don’t seem to have any?

Well, whatever point we’ve reached on the GDL, apart from the glut of information we’re all imbibing from tutorials and private study, I know I’ve learned a few key lessons that are not on the syllabus.

1)  This is NOT comparable to the final year of studying for an undergraduate degree. Those were easy days you took for granted. I harbour contempt and resentment for all those whom barefaced lied to me about this.

2) Organising a trip to your local court is a justifiable ground for taking some time out of studying. I went to sit in the public gallery for the verdict of a murder trial at Bristol Crown Court. It was a profound experience to see the law in action in such a grievous context.

3) Waking up earlier and working later than you thought possible is, indeed, possible.

4) Having too much work to do is your fail-safe excuse for avoiding events and invitations you would rather avoid. Use it often. Use it unapologetically.

5) If you feel your CV isn’t up to scratch the Careers Service is there for you at the end of an email, or, even better, in person with bespoke advice.

6) Just when you think you’ve finished and have worked hard enough. Think again. There’s always more to do… 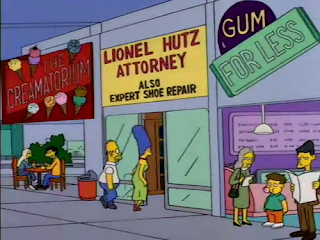 I Hate... / When people don't do the basics of their very basic jobs

1) When an employer owes you wages and they tell you they don't have any money left. And yet their Instagram shows them at hair salons and spas mid-day during the week, taking trips to Europe and generally showing off the fact that, yes, they do have the money but they are just flagrantly refusing to pay what they owe...

2) When an "editor" fails to perform straightforward requirements of their job title because their definition of "busy" is going to fashion parties and shopping whilst you're studying the structure of the English legal system and EU law...

The latest issue of Iconic magazine is a big one; the biggest in the mag's HIStory, in fact.

To celebrate the 20th anniversary of Michael Jackson's HIStory album this edition celebrates all things HIStorical - I mean, just the cover features a never-before-seen option for the album's artwork. I mean - come on! - that's rather amazing.

The inside pages are equally great; lots of interviews with Jackson's collaborators, a book extract from the excellent Joe Vogel and general ruminations on this highly significant album.

Oh, and I've written about other artists sampling Michael Jackson - which is interesting, obviously. 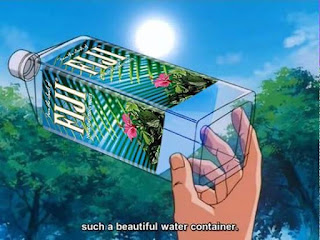 So I'm trying to alter the course of my life - LOL - by doing a Graduate Diploma in Law.

You may read about my decision to do so HERE

Whilst I love being a music journalist, I cannot wait to achieve my career goal of becoming Will Truman. 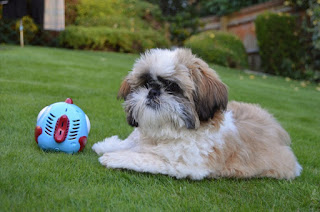 Last week my family's six month old Shih Tzu puppy, Cookie, was attacked by a Staffordshire Bull Terrier that was NOT on a leash.

The dog's owners did nothing to prevent or stop the attack.

After five nights in hospital, constant pain relief in the form of morphine and methadone, and surgery to remove one of his eyes, Cookie is now back home where he belongs.

Please read this full report from the Swindon Advertiser for more details as I am finding it very hard to keep re-telling this story and I want to move on from this utterly harrowing experience for Cookie and everyone who loves him (which is A LOT of people).

Please also see this Facebook post to see pictures of the dangerous dog and it's irresponsible owners who need to be brought to justice.

Cookie is the most wonderful and beautiful dog anyone could ever wish for. He has totally changed mine and my whole family's lives for the better.

We have done as much as we can to make others aware of the culprits and it is now in the hands of the general public to come forward and identify the callous perpetrators who do not deserve to own an animal of their own.

If you know them, live near them, see them around your street or Coate Water, PLEASE CALL 101 and report them.

They have a dog capable of causing serious harm and no control over it.
Posted by Kate at 18:46 No comments: 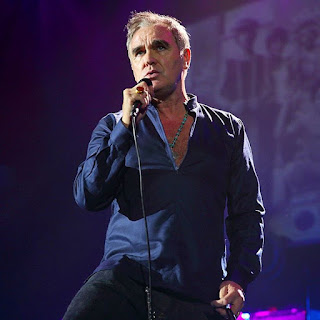 “This is my life,” are the words Morrissey welcomes the crowd with. And what a life it is at the moment: playing a large number of songs taken from an album that was pulled after just three weeks due to various disagreements with Harvest records and has seen him without a record contract ever since. After the runaway success of his ‘Autobiography’ he is days away from releasing his debut novel, ‘List of the Lost’, something he doesn’t even mention this evening. With no outlet for new music in the UK on the horizon, Morrissey has stated that this two-night booking in Hammersmith is “likely” to be his “final ever UK shows”.

The fact that Morrissey refuses to acknowledge the terminal state of album sales and the lucrative lifeline touring has been to the music industry – and can continue to be to him, since no artist has fans as dedicated as he – seems rather misguided but he still gives good showing in that other money-spinning outlet: the merchandise table. “Be kind to animals or I’ll kill you” t-shirts fly off the shelf next to the PETA stands that are part of Morrissey’s touring crew.

Despite the changes to the wider music world, Morrissey’s realm remains reassuringly the same. His first steps on stage are prefaced by a delightfully eclectic variety of video footage, ranging from Anne Sexton reading a poem titled ‘Wanting to Die’ to Bob and Marcia performing ‘Young, Gifted and Black’. His band remain impressively firm and versatile and in matching outfits. And, as ever, his audience is made up entirely by people of the most strikingly devoted order. Morrissey’s stage demeanour remains stately and commanding, his intrinsic majesty transfusing into everyone present who physically cannot sing one of his lyrics without grandly stretching out a single arm with an open, skyward facing palm that offers the sentiment to the world.

Morrissey’s song choices tonight are, on the whole, challenging. Perhaps finally sick and tired of the fact that every time he expresses an opinion, headlines of supposed of controversy are created (one does wish that every artist or public figure that is too afraid to form opinions and express them should be handed their P45 – it certainly would thin the herd), tonight he commits to many of the feather-ruffling numbers in his arsenal; ‘Staircase at the University’ (sample lyric: “She threw herself down and her head split three ways”) , ‘World Peace Is None of Your Business’, ‘Istanbul’, ‘The World is Full of Crashing Bores’, ‘The Bullfighter Dies’, ‘Oboe Concerto’ and a powerfully punctuated ‘I Will See You In Far Off Places’ all strongly bristle.

In-between song quips are as much a part of any Morrissey show as the music, and he does not disappoint. He urges the crowd not to vote and “support the process”. In reference to the current government he asks if anyone is happy with the arrangement. A resounding “No” follows. “That’s the United Kingdom,” he shrugs. On Labour’s new leader: “I hope Jeremy Corbyn does not does not – does not – go to Buckingham Palace and kneel before the Third Reich.” And when there is a complete power cut after he plays a cover of Elvis Presley’s “You’ll Be Gone”: “It’s a conspiracy! It’s Buckingham Palace! They’re gonna get me. And I’m not kidding!”

Humour aside, tonight’s show had two tormenting centre pieces. The first, whilst he plays ‘Ganglord’, footage of American police brutality is projected high above the band: (mostly) black men, women, peaceful protestors, the disabled, animals and acquiescent civilians all savagely beaten and tortured. It’s paralysing. “American Taliban” is Morrissey’s closing comment. Later comes ‘Meat Is Murder’ with unapologetically graphic films of animal slaughter across the world. The stage is dimly lit a scarlet red so that Morrisey’s repeated cries of “eat” and “kill” act as ominous narration. Opposition to organised and state-sanctioned cruelty should not be seen as some quirk of Morrissey’s, it should be a shared belief that one is ashamed not to possess.

The only healing salve of the evening comes in the form of the Morrissey’s 1988 debut solo single ‘Suedehead’; still so gently enchanting. The recent ‘Kiss Me A Lot’ too provided a moment of light, romantic release. But the eternally mesmerising ‘Everyday Is Like Sunday’ is the most uniting and crowning moment of the night. Yes, a sold-out hall all willing on the dropping of a nuclear bomb is a strangely beautiful thing. Seeing Morrissey live can vary from the harrowing to the sublime, but, hey, isn’t that all our lives?

All this housed inside a venue where a new restaurant called Meat Yard prepares to open next door. And a world where the next morning the UK will be greeted by the front-page news that it’s prime minister once placed his genitals inside the mouth of a dead pig. Morrissey – we need you still.

Written for FMS
Posted by Kate at 13:04 No comments: 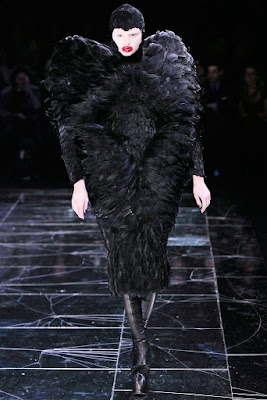 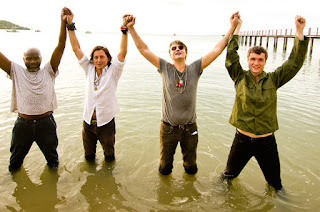